Love Taste Co was founded in 2004 by Richard Canterbury who bored by a prospective life in the advertising industry set up his own smoothie stall in Borough market as a first baby step in conquering the world!

The first big break was an opportunity to build a smoothie bar in the new reception of his old company, Saatchi & Saatchi. Richard had no recipes, no equipment, no brand and was terrified of becoming a laughing stock in front of people who knew me. But luckily they were reasonably forgiving and we launched at the end of August and the smoothie bar was immediately a success. Love Smoothies was born!

Next the company needed an office, initially in Westbourne Studios sharing with it with a friend’s company. Not long afterwards the company went bankrupt and Richard went back to working from his living room and running the smoothie bar at S&S. Towards Christmas, when smoothie sales dwindled, serious doubts set in particularly when having to re-mortgage the flat to put food on the table, whilst old colleagues were complaining about having too many Christmas parties to go to.

Through perseverance we came across a small gym chain in London who wanted a smoothie bar followed by a small organic café chain. It was moderately successful but as I was using 10kg bags of single fruits and getting staff to measure out exact quantities into the jug before blending there were major issues with human error, portion control, cost control, inconsistent products and slow service to name but a few.

We started going into some of the sites and putting the correct proportions of fruit into a bag and putting it in the freezer, with a freezer tie. Now all the barista had to do was open the freezer, take out the bag, cut it open and blend it with juice to make a smoothie. Not only did this de-skill the operation but it allowed anyone to make the smoothie and the customer got a consistent smoothie every time. This was my light bulb moment and the Smoothies ‘Made-Easy’ TM concept was born.

In order to try and scale the business further Richard than re-mortgaged his flat for a second time and signed up to do the largest Food & Drink tradeshow in Europe (Hotelympia) which generated over 350 customers who wanted the product. Now he just had to create it!

It took 5 months to find a factory that could produce what we wanted and to find a logistics company that would deliver the product to our customers. Everything was set but at the last minute the logistics company pulled out because we were too small. We had customers calling up on a daily basis wanting the product and we couldn’t deliver – it was incredibly frustrating.

It was at this point that Love Taste Co hired its first employee and through the hot summer of 2008 we finally started to sell frozen smoothie sachets. It felt like an incredible achievement but we didn’t really have time to reflect as we had to sell smoothies whilst the sun shone.

The business now really did require money to employ a team, rent an a new office, buy office furniture and pay suppliers. It took 18 months to raise the funding and then the financial crisis happened. Unbelievably bad timing, but by being extremely cost conscious we made it through.

Since 2010 we have grown rapidly and we now supply over 6,000 customers in the UK including: Pret a Manger, Virgin Active, Ocado and Bill’s and internationally we supply markets such as: Australia, Dubai, Italy, Portugal and Spain.

We have been lucky enough to work with some fantastic people including Michelin-starred Chefs and great Nutritionists, who’ve helped us develop our range of drinks, to include award-winning smoothies, fruit teas, frappes and bone broth. So it felt like the right time to rebrand the company so that all of our drinks fell under one brand – hence The Love Taste Company was born.

It’s the same company, same ethos, just a different name. We are still just as focused on continual innovation and we’re doing what we love. It’s been an amazing journey but I genuinely feel it’s only just begun! 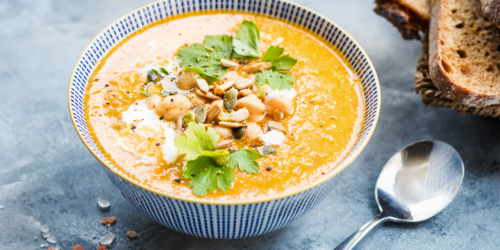 Boost Your Menu With These Inspiring Soup Dishes 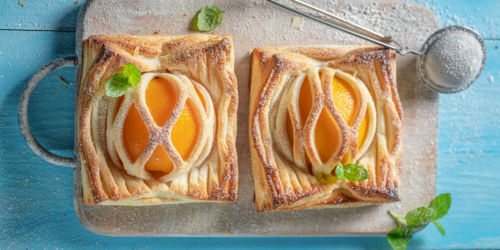 Innovation in Hospitality: The Rise of Savoury Pastries 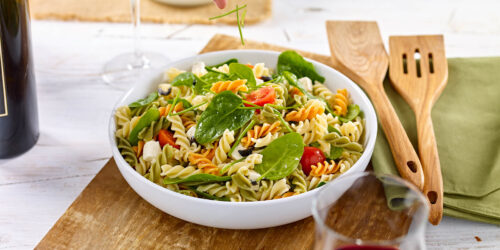